This is the time when we all come up with our resolutions for the next year.  Our resolutions often include losing weight or eating healthier and stopping or altering various vices.  Personally, I am looking to share special outdoors experiences with my family.
I was amazed when talking to someone a while back from New York City about how he had never been to the Statue of Liberty.  He told me it was never a priority because he could see it across the bay and knew it would always be there.  Before he knew it, he had moved and now longed to return so he could experience some of the things he missed while living there.  That brings me to my resolutions. 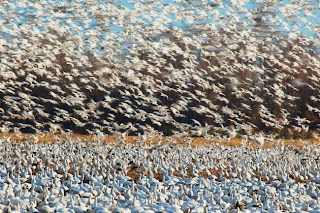 North Carolina is full of one of kind experiences that many will never have the opportunity to share.  Imagine a sky of white and black flowing in a swarm feathers.  Birds so plentiful the United States military had to alter its plans of building a landing strip makes for a fascinating sight.  Several years ago my oldest son Turner and I were hunting tundra swan in the Pocosin Lakes area in Northeastern North Carolina.  Off on the distance a funnel cloud of proportions indescribable rose from one of the lakes.  The funnel cloud consisted of tens of thousands of snow geese lifting from the water.  Amazing.  This January I will be in the midst of this funnel with Turner hunting the snow geese on their final resting spot for the winter. 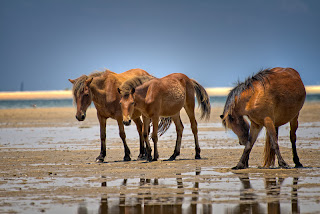 Of course, the outdoors does not just consist of hunting.  Also on the coast on a small island, the ponies of Shackleford Banks reside.  Small frame horses roam freely on this nine mile long island.  Their history of inhabiting the area can be traced back to the early to mid 1500’s, with ancestors coming from Christopher Columbus himself as Columbus set up horse breeding farms in the New World.  This was done in order to provide horses to future colonists when they arrived to expand the territory.  Watching the small stallions feed, gallop and play has to be well worth the trip.

Then, to add a bit of mystique to our year long adventure, I figure we will have the family drive to an overlook of Brown Mountain.  Mysterious lights adorn the side of the mountain at night and have thus far been unexplained.  The United States Geological Society once investigated the strange orbs with explanations ranging from swamp gas to reflections of a train several miles away.  I can see my daughter holding us tight as we watch the light flare and then fizzle under a star lit sky.
One of my favorite places in the state encompasses the towering Mount Mitchell.  I have been to the top many times, but rarely have taken one of the long hiking trails from the pinnacle of the Appalachians’ highest mountain.  The family would surely enjoy a steady nature walk through a brightly colored autumn landscape accompanied by a picnic lunch.  The exercise would likely be as good for the soul as it is for the body. 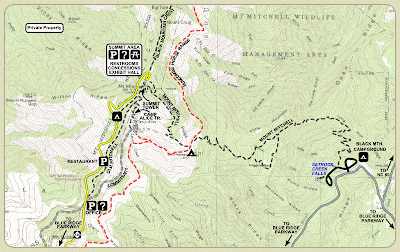 And lastly, a thrill I have longed for is another backyard secret.  A reasonable drive to the Cataloochee area of the Great Smokies National Park will yield an experience that both hunter and non-hunter can appreciate.  Ten years after releasing a small herd of elk, they have remained mostly in the same area.  The tall antlered cervids make a distinctive bugle during the mating season.  One vision I wish to experience and share is the lifting head of the bull elk with his long rack reaching mid-back as he bellows for a mate. 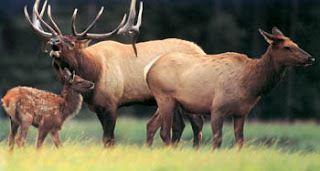 If I accomplish but one of these resolutions, I feel I still will have experienced a wonderful gift from God.  Nature, wildlife, and history all melded into something I chose not to miss right here in our backyard.