A few years ago my son and I entered a small fishing tournament.  The competition would include prizes for the largest bass, largest panfish, largest fish overall, and smallest fish.  We were not really attempting to win anything, I just figured it would be a nice way for Turner and me to hit the water together and have some fun.  Since there was a variety in the competition categories, I instructed Turner we would try a good all around lure; something that would generate success for every kind of fish.
Recently I was chosen to do a review on Sufix 832 braided fishing line by Rapala and the Outdoor Bloggers Network.  Again, I figured the best thing to do when testing the line would be to use a good all around lure where I could catch fish of all types and sizes.  If I had to have one lure, it would be a beetle spin.  There are several combinations; however the most successful for me are black stripes on yellow or yellow stripes on black.  The fish cannot help themselves.
﻿It proved to be a wise decision both during the tournament and during the testing.  First, for the testing of the line, I had never used braided line before.  The Sufix line runs a much smaller diameter than regular monofilament, with 20 pound line running the same size as 6 pound test for regular line.  Rather than using a very small diameter 6 pound Sufix, I went with the 20 pound Sufix to compare.  The line excelled everywhere except in the tying of the line.  Using a small finger nail clipper to trim the line after tying the knot, I noticed the strength of the Sufix immediately.  The clippers broke.

Click to see the way it used to be!

While fishing with the line, even though I was using a 20 pound test line on an ultralight rod and reel, it casted perfectly.  And, as I had hoped, I had plenty of action.  Both with panfish and largemouth bass, I felt every hit.  One reason I chose to test it in this way, is the bottom of the pond I was fishing was loaded with fallen trees and limbs.  The big difference between the Sufix and the monofilament line: no lost lures.  Each and every snag I was able to pull the lure free.  Once, hooking a fallen tree very soundly, I knew the line would break.  I had to wrap the line around a small branch on shore in order to keep from cutting into my hand when pulling on the line.  Instead of the line breaking, the hook on the ¼ ounce beetle spin opened up, allowing it to free itself.  Later, when trying to bend the hook back to the correct shape, I realized just how much pressure the line absorbed in order to bend the hook open.  The line outperformed my most extreme imagination.  Never would I have thought I could use a 20 pound test line on ultralight tackle.
Want to read more reviews?  Bill Howard's Outdoors Reviews and GiveEmTheShaft Reviews

I will convert the rest of my fishing equipment over to the Sufix line.  The extra strength along with the great feel and length of cast is important.  After all, it is a lot easier to take pictures of the fish that did not get away than it is the fish that did.
Visit Sufix.com for more information on this great line! 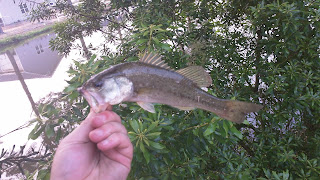 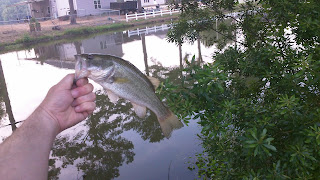