A Visit with an Old Friend - Part 3

Silver Lake had shared many memories with me throughout the day, and I continued to paddle my way to the swamp portion of the lake. Several small feeder streams come in here and there used to be wood planks nailed to trees marking the inlets. Unofficial creek names such as Cottonmouth Creek and Moccasin Way adorned the wood signs. Bobby and I once followed one of the creeks several miles until we just could not paddle any longer due to shallow water and fallen trees. We could hear the traffic from the Interstate and were mesmerized by the experience. 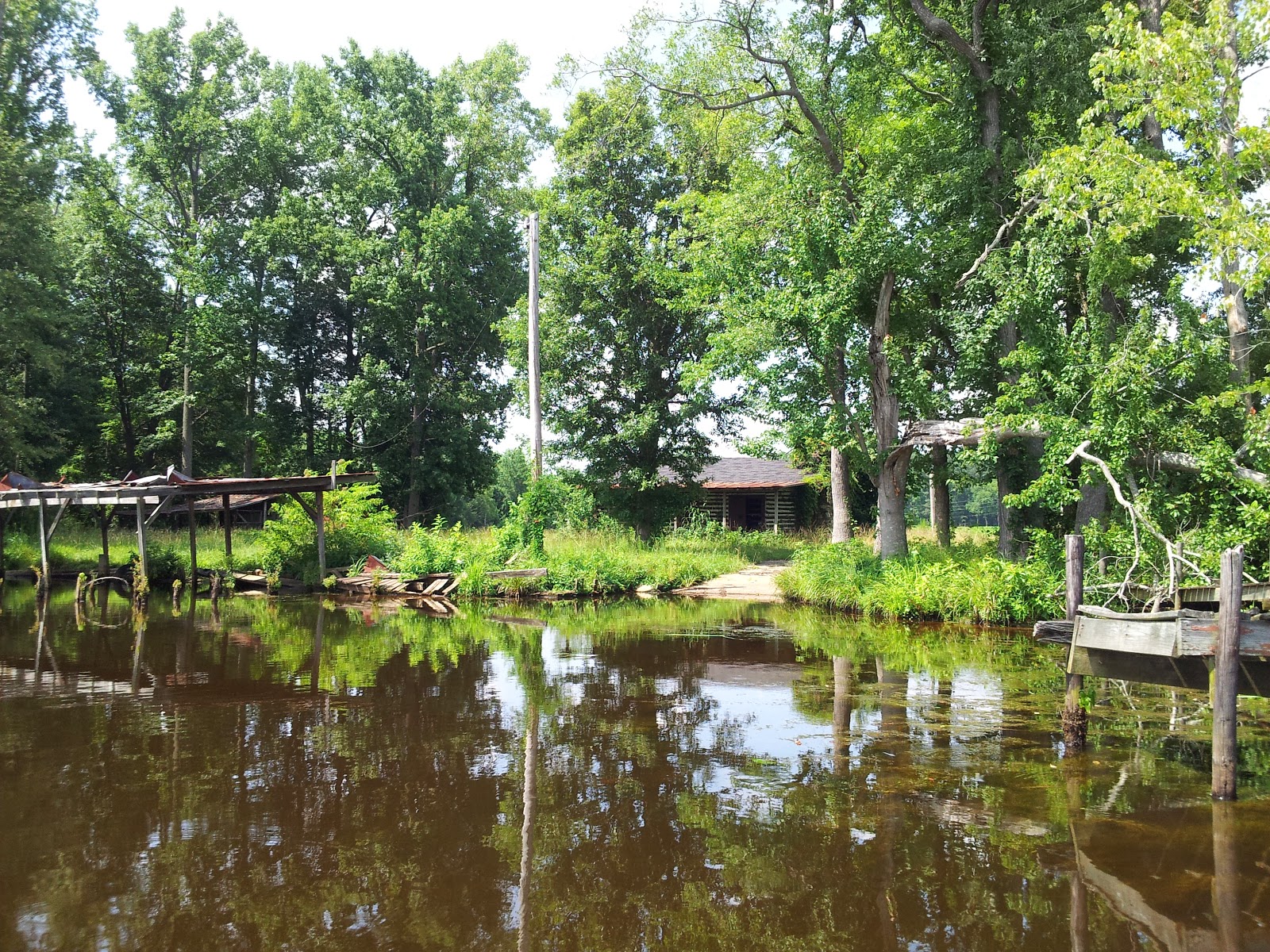 I paddled into an opening in the swamp where I once hooked onto the largest bass I had ever had on my line. She fought with a vengeance on the Mann’s worm and even after several leaps that would make a mako shark proud, I kept the line tight and the hook in. Worn, she finally pulled up beside the boat. My friend, in his excitement of both the battle and the size, quickly grabbed the net and thrust it into the water. Unfortunately, the net whacked the largemouth and dislodged the beast from my lure. We both nearly cried.
It was not far from here where I caught my largest bass. I was only seven years old and brought her in on a Zebco 202 reel with a Mister Twister worm. She stripped the gears in the reel and I eventually pulled her in by hand. I see her on my wall as I type this.
I casted a jitterbug just as a boil surfaced in the direction of my throw.  I reeled the bait in, walking it across the surface and bubbling the tea colored water in front. I noticed a small wake behind the lure that I had never seen, figuring it must be one of the trebles hooked on the line. I stopped the bait, and then jerked it to try and free the snag. The wake still followed the jitterbug.
As it neared my kayak I realized it was not a wake, but instead it was the back of a large bowfin. With the fish not striking, I again stopped the reeling hoping it may go ahead and take the bait. Instead, the blackfish raided his head out of the water, as if to show me he was looking. It then slowly slid backwards into the depths much like an alligator will back into the water. 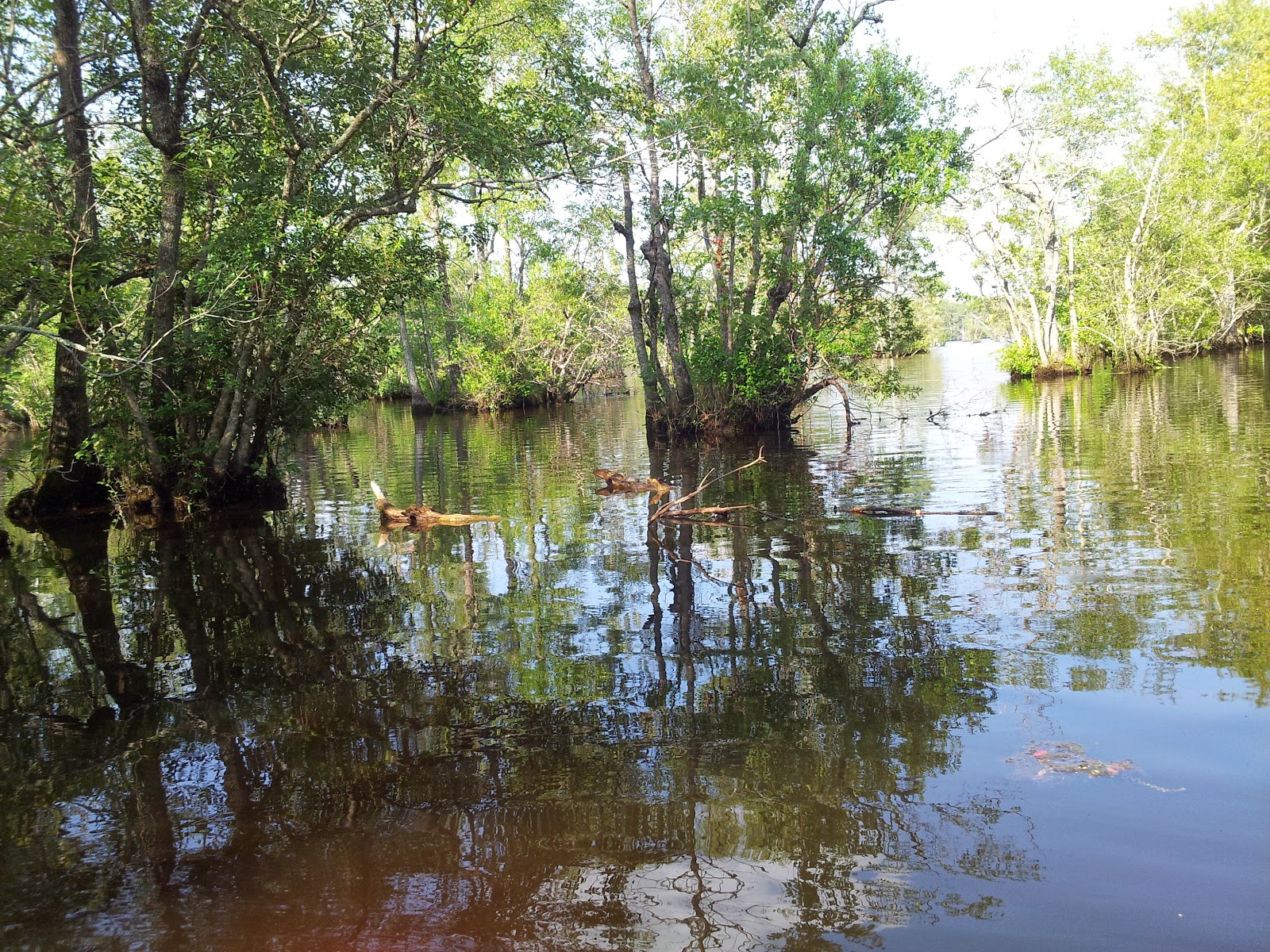 I rounded another set of trees. These same trees donned mistletoe during the winter. My dad and I, and many others, used to pick mistletoe sprigs here to hang from our hallways at home during Christmas. They also provided cover for wood ducks. During the season, it was expected to hear the shotgun blasts of several hunters as daybreak hit. It was our alarm clock.
I made another cast. Looking around as I began reeling in I felt a familiar shock through the rod’s handle. The strike was quick and massive. The small glimpse I was able to gather in registered an estimation of four to six pounds. It was the only largemouth I would see on the day.
Evening was coming, and I figured I should paddle out of the swamp and back down the southern shoreline. Houses adorned this side of the lake. Once, when we had an unusually cold winter, ice formed several inches thick. About six of us walked out into the swamp one morning. Nearly halfway across the lake we heard a high pitched singing sound. It was the cracking of the ice. Panic set in as we had no idea what to do. We decided to spread out away from each other and slide our feet across the ice one at a time to get back to shore. It seemed like hours, and may very well have been. We never tried that again.
One particular area looked unusually familiar. I looked at two spots where trees stood in the water 20 or 30 yards off shore. Then it dawned on me. A straight line through those two ‘islands’ along the shoreline would take me to a spot where several of us gathered Christmas trees from the neighborhoods one year and submerged them with cinder blocks. I wondered if they were still there. 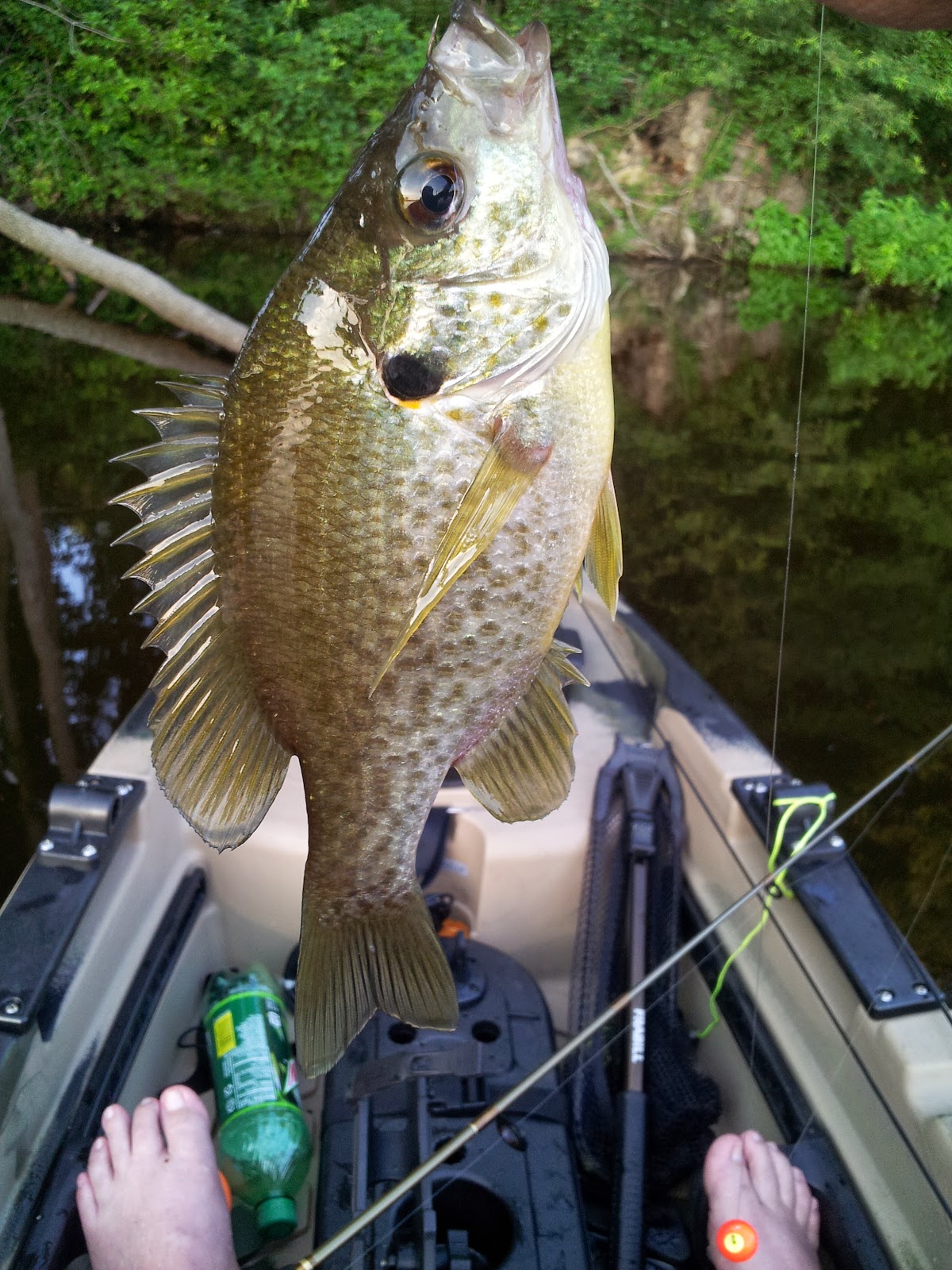 I dropped a small minnow near where I believed we created the artificial structure. The cork disappeared. The rod was nearly snatched from the kayak’s hull before I could comprehend how quickly the minnow was struck. Yes, in the same place we dropped those trees over three decades ago; I had just caught a monster crappie. Fish after fish came over the side of the kayak as I reveled in the success. I returned all to the water, not wanting to take anything from this lake other than one more memory.
As I came back to my starting point I noted the place where the first Wildlife Club stood. The boat shelter was crumbled having lost its battle with time long ago. Here was where we spent the days hunting hooks, corks, lures and sinkers in the jon boats returned from being rented. Below, the bottom was soft mud. This was my favorite place to fish for warmouth. They would stalk the shaded sheltered area striking crawfish below and escaped crickets from above.
I pulled up to the shore where my truck waited. As I stepped out of the kayak I gathered in the lake once more.
When you see a friend from long ago, you know your goodbye may be the last one. Your intentions are to keep up with him, but deep inside you feel the loss of the inevitable. The lake and I shared our moments and we made a few new memories. And even in our absence of one another, we will remain close friends.